Netizens were surprised after a print screen of posts between both anti-digong protesters has gone viral online.

Mr. Kenzo Jakosalem mentioned Maanne Adorna on his social media post, accusing his colleague of not giving the rally funds that they would to buy food, water and banners in the upcoming rally.

According to some sources, the rally that Kenzo mention will happen in February 25-26 as part of the EDSA People Power Anniversary.

In his post, he said that Maane Adorna cursed him during their conversation.

Friends of Mr. Jakosalem explained to him that the rally funds cannot be transferred without any procedure and tried to reconcile their two quarreling group mate.

Jakosalem was even urged to delete his post because the other people may see their post on the internet.

Ms. Adorna’s friends also tried to pacify her and Jakosalem. 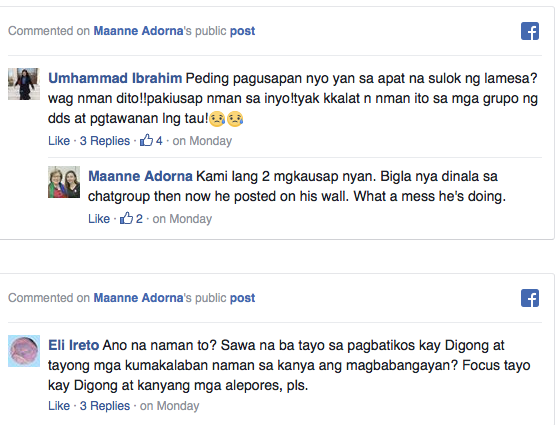 They also explained to Ms. Adorna and Mr. Jakosalem that members of “Tuwid Na Daan” must not quarrel over rally funds. 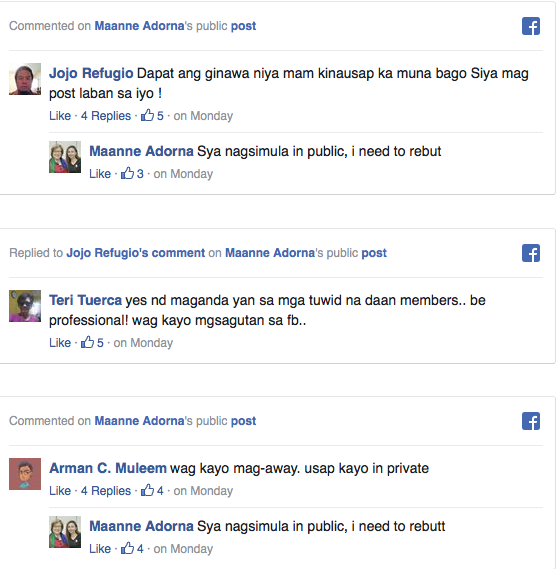 The commenters also said that the two Netizens who quarreled over funds were the leaders of the said group. 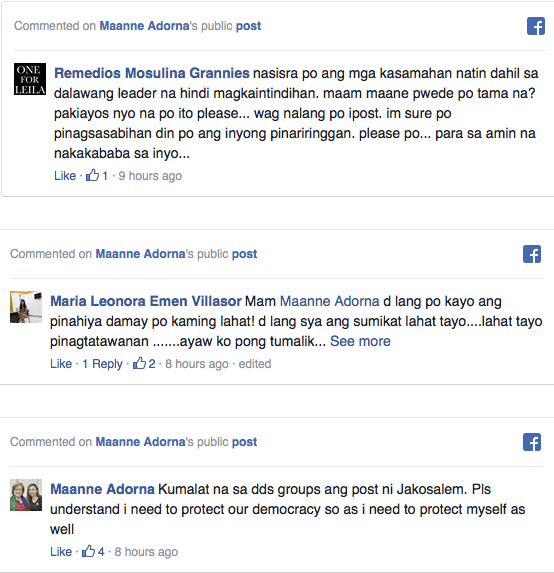 Pinoy Trending is created by our team to deliver the freshest news on the internet. Everyday, we are trying to improve our site to give more pleasant reading experience to our subscribers. Copyright © 2014. pinoytrendingnews.com - All Rights Reserved View more posts